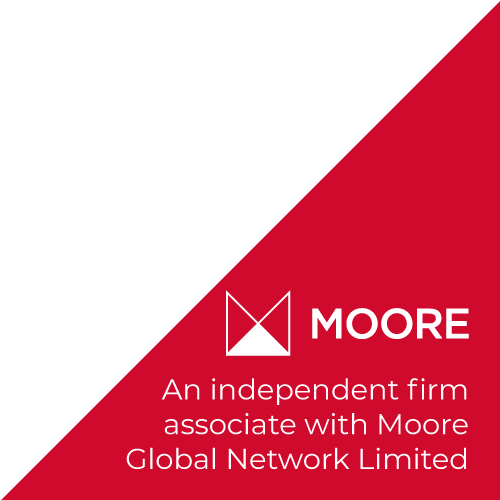 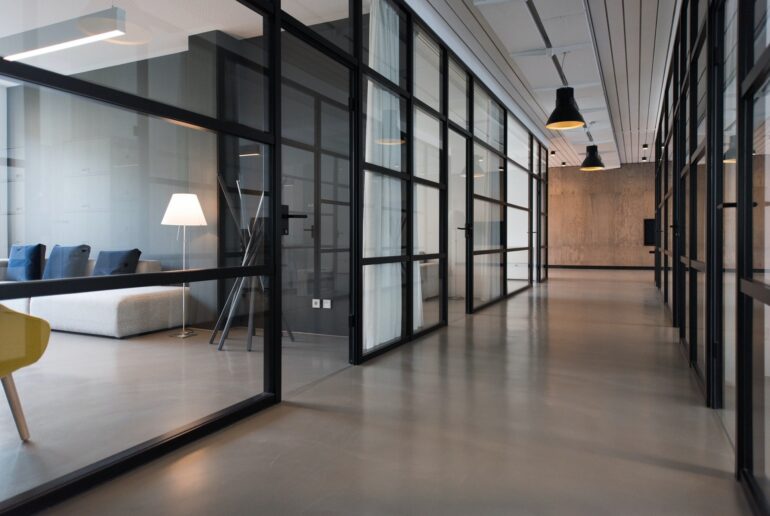 Written by Farhan Fazli, CPA, from SEGAL GCSE LLP, for the Canadian Overview of Q2 2022. A newsletter published by Canadian member firms of Moore North America. This article about Valuation methods is part of our mission to become partner of your success by keeping you informed of the news.

We further highlight differences where certain multiples are used to derive enterprise value (EV) vs multiples, which leads to a direct calculation of equity. (Effective July 1)

Valuation multiples are commonly quoted in the media in connection with public equity prices, as well as merger and acquisition activity. These valuation metrics appeal to private business owners, as they are readily understood and can easily be applied to derive an estimate of value for their own businesses. However, when making these comparisons, it is important to appreciate the theory behind the use of valuation multiples, the assumptions underlying the different types, and the irrelevance to the particular situation. Business owners should also be aware of certain limitations when applying the multiples of publicly-traded companies to value smaller privately-held businesses.

The Theory Behind Valuation Multiples

The application of valuation multiples across similar businesses (commonly referred to as guideline for public companies or market comps) is based on the premise that those businesses have similar underlying economics, which are apparent in their financial or in their operating metrics. In reality, there is never a perfectly comparable company; some differences are always prevalent, including size, product and service offering, geographical outreach, cost structure, quality of management, amongst others. Accordingly, considerable caution needs to be exercised, and a robust analysis undertaken when adopting the multiple of another company that may seem somewhat similar.

Valuation multiples are basically a simplified form of the discounted cash flow. Mathematically, the multiple is the reciprocal of the capitalization (or “cap”) rate, defined as (r – g) – where “r” represents the required rate of return and “g” represents the long-term growth rate. Hence, a valuation multiple is essentially a derivation of the perpetuity equation, assuming a long-life, ongoing concern with a constant growth rate. Consequently, multiples may be of limited use in instances where the business opportunity has a short life, or where significant growth (or contraction) of a business is expected over the next number of years.

Enterprise Value, or EV, is the total value of a business, comprising all forms of capital, including both its interest bearing debt and equity. The most common multiples used in the derivation of Enterprise Value are those based on revenue and EBITDA. Both revenue and EBITDA are approximations of cash flow available to all stakeholders (both debt and equity holders), which is consistent with the EV definition. EV multiples are widely used in valuations as they are capital structure neutral and can be applied regardless of a company’s subjective choices regarding financing and capital structure.

It is assumed that the capitalized revenue is attained by deploying both debt and equity capital, in optimal proportions. In this aspect, a multiple of revenue would always be representative of value to both debt and equity holders i.e., EV. The revenue multiple is reported as EV/Revenue.

Revenue multiples are less cogent measures of cash flow, since they do not consider the subject’s and comparable companies’ operating expenses or cost structure. They therefore tend to be more useful where operating metrics are consistent across a sector (e.g., regulated industries). Revenue multiples also tend to be used on a default basis, where profit or cash flow-related metrics are not available. For this reason, the EV/Revenue multiple is most widely used as the basis of valuation for technology and start-up companies that have yet to generate positive earnings or EBITDA that can be used to support earnings-based valuation.

The table below shows recent multiples for a number of randomly selected technology stocks on the TSX, all of which have negative EBITDA. It is not uncommon to see valuations in the technology space at more than 3 times revenue (and, at times, exceptionally higher than that), even in circumstances where a company has yet to achieve profitability. In some cases, the trading value of the company may reflect the value of a company’s customers or intellectual property, which could be acquired by a competitor with potential cost synergies.

EBITDA multiples, like revenue multiples, derive an Enterprise Value. This is because EBITDA reflects earnings before interest and principal payments to debt holders or dividends to equity holders. A multiple of EBITDA is again representative of value that is neutral with respect to capital structure. The EBITDA multiple is reported as EV/EBITDA. The EV/EBITDA multiple is most commonly used as a valuation measure for mature and established companies with sustainable EBITDA levels that are reflective of future earnings at normalized growth rates. The following table summarizes the average EBITDA multiple for various S&P 500 sectors as of May 8, 2022:

While not perfect, the above table indicates a correlation between EBITDA multiple and industry growth, or growth prospects, where the higher-growth sectors are afforded relatively higher multiples. In addition, there may be a negative correlation between the multiple and the quantum of required capital re-investment. This is because, even with all other elements being equal, companies with identical EBITDA but greater capital expenditure requirements would generate lower actual cash flow, which is not picked up in the EBITDA calculation.

Price to earnings (P/E) and Price to book (P/B) are the most common multiples used in determining market value of a company’s equity. In the case of the P/E multiple, both the numerator and denominator pertain to the equity of the company, where the price represents the price of a common share, and the residual earnings to equity holders are calculated after servicing any interest associated with debt holders. In the case of the P/B multiple, the comparison is essentially between the market value of the company’s equity and its accounting, or historical cost value.

P/E multiples, though a popular benchmark of a stock’s performance, are not widely used when valuing private companies or pricing a private company transaction. This is because the capital structure embedded in the multiples of the publicly traded companies would not always be comparable to that of the private company. In addition, private company acquisitions are typically negotiated on an EV basis, which makes the use of an EVvaluation methodology, such as EV/EBITDA, more relevant in the M&A context.

The P/B multiple is also a useful valuation method as it provides a direct comparison between the book value and market value of a company’s equity. The multiple is most commonly used in industries with significant tangible asset backing and is calculated by dividing the total market capitalization by the book value of equity.

Conversely, P/B multiples are less useful where a company’s underlying value is predicated on significant goodwill or intangible assets that are not always adequately reflected on its balance sheet.

The comparability of public and private companies must be carefully assessed when attempting to apply the public multiples to their private counterparts. For example, the public comparator may merit a higher multiple for numerous reasons including, but not limited to:

In addition, public company pricing can fluctuate significantly, due to investor sentiment stemming from transitory economic, industry and political events. As a result, the value of a public company at a specific moment in time may not be reflective of its true intrinsic value. Also, certain companies are well “marketed”, often in the public limelight and enjoy significant investor interest, with the “hype” often not justified based on recent financial results or reasonable forward looking financial projections.

Vendors and acquirers of private companies often price transactions based on multiples of EBITDA or revenue because of their ease of application, as well as the fact that these multiples are typically calculated on an unlevered basis and most transactions are structured on a cash-free debt-free basis. However, the use of a particular multiple methodology is not appropriate in every circumstance and selection of the multiplier based on similar public companies without adequate consideration of differences in size, operations and profitability can result in misleading conclusions. Accordingly, valuation of privately held business using market multiples is an exercise that must be undertaken with caution and diligence. It requires an extensive analysis to determine the relevance and application of publicly traded company multiples to an open market transaction involving private companies.

In making this article available, the information is not intended to constitute any service or advice, whether accounting, tax, legal, consulting or other professional advice or otherwise. The contents are not a substitute for the reader seeking advice from a professional familiar with the user’s factual situation or circumstances. Segal and Demers Beaulne does not intend for the information contained to address matters or situations concerning individuals, corporations, partnerships or any other business entities. Segal does not warrant or guarantee that the information is accurate, complete, updated regularly and obtained from reliable sources.

Written by Brad Berry, CPA from Mowbrey Gil, for the Canadian Overview of …

NFTs: The What, Why and How to Account for Non-Fungible Tokens

Quebec has harmonized with the new federal requirements. Effective for …

Notice to reader: An old standard is changing

Canadian standards are changing for the well-known "Notice to Reader" … 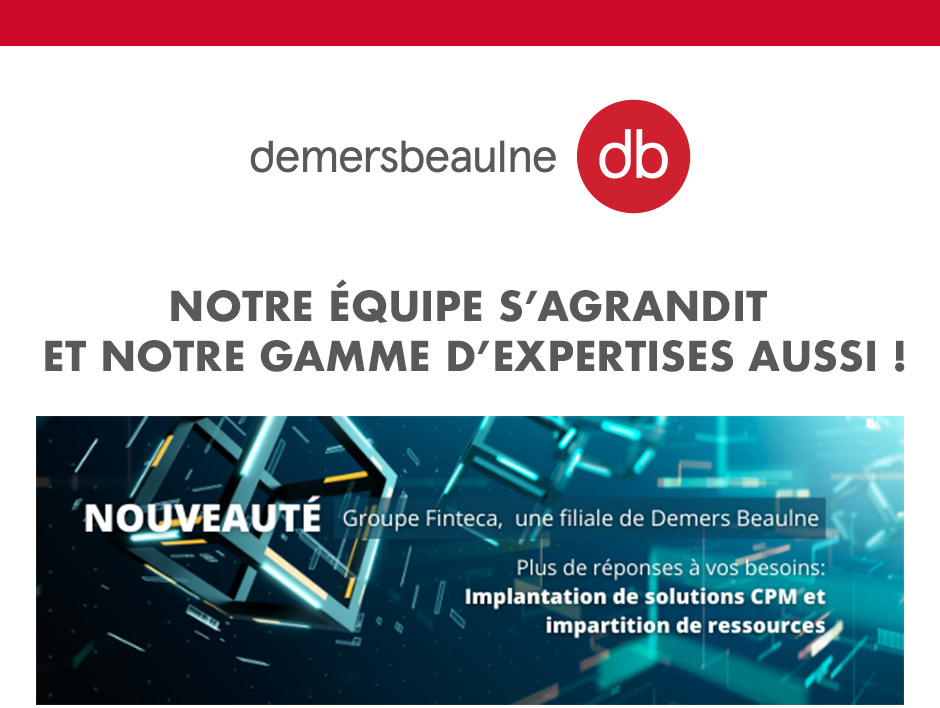